With the progress of lighting technology, the traditional stage lighting equipment can achieve a variety of lighting effects, but it has the disadvantages of high energy consumption, heating, short life and poor safety. Led stage lamps have many advantages, such as high luminous efficiency, long life, more rich and saturated colors, fast response, solid-state light-emitting pollution-free and so on.

Led stage lamp can realize the combination of light and shadow and art. Under the control of microcomputer, it can make rapid light effect combination change according to the requirements of setting up site and program to realize lighting atmosphere effect. Combined with the LED display screen of large-scale programs on the existing stage, it can present more wonderful image performance.
The advantage of LED stage lights is that they don't release too much heat. The beam pattern in the traditional stage lighting will produce heat and infrared light, which is just like performing in a high-temperature lamp. However, with LED stage lights, the heat will be discharged from the back end and will not be released through the beam, so the performer will always maintain a state of refreshing.
In terms of lighting stage, LED is far better than halogen lamp or discharge lamp and other traditional light sources. These traditional light sources emit 360 degrees of light, so they need accessories such as parabolic reflectors and bulky enclosures to gather light. As a result, the lamps and lanterns become huge, and the cost of stage production is higher and more difficult.
Led stage lights can be digitally programmed, which means that colors can be mixed in a few nanoseconds. On the contrary, mixed halogen lamps need to be equipped with color chips. Color mixing and optional colors are greatly limited, and the response time is longer. By contrast, LED lights are not only brighter, clearer, but also more cost-effective, because they can be used for tens of thousands of hours, while traditional halogen lamps can only use hundreds or thousands of hours.
This makes led stage lamp not only a choice for small space, but also an ideal light source for large stage. Whether it's a night show in a corner bar, an annual talent show in high school, or a wedding banquet in a hotel, LEDs can add an amazing element to any stage or event.
Proper stage lighting can make every performance exciting, far-reaching and emotional. We can see that under the lighting of various stage performances, with various dance elements, show the integration of technology and art, create a fantastic and fitting visual effect, and present us with one audio-visual feast after another!

How to avoid potential safety hazard in stage lighting construction

How to avoid potential safety hazard in stage lighting construction 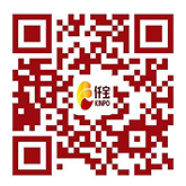